Bologna is not restaurant

posted on December 6th 2016 in past with 0 Comments In September 2016, the artist together with a small group formed by migrants, refugees, and young Academy of Fine Arts students realized a performance, documented in a video, staging a peaceful march through the city ended with a “hunger strike” at a restaurant.

Veronica Veronesi, artistic director of GALLLERIAPIÙ, and Marzia Casolari, president of Xenia Association for social promotion in the field of immigration and inclusion, took part in the performance. Together with the artist, these three figures symbolize the three worlds of the economy, social policy and art. 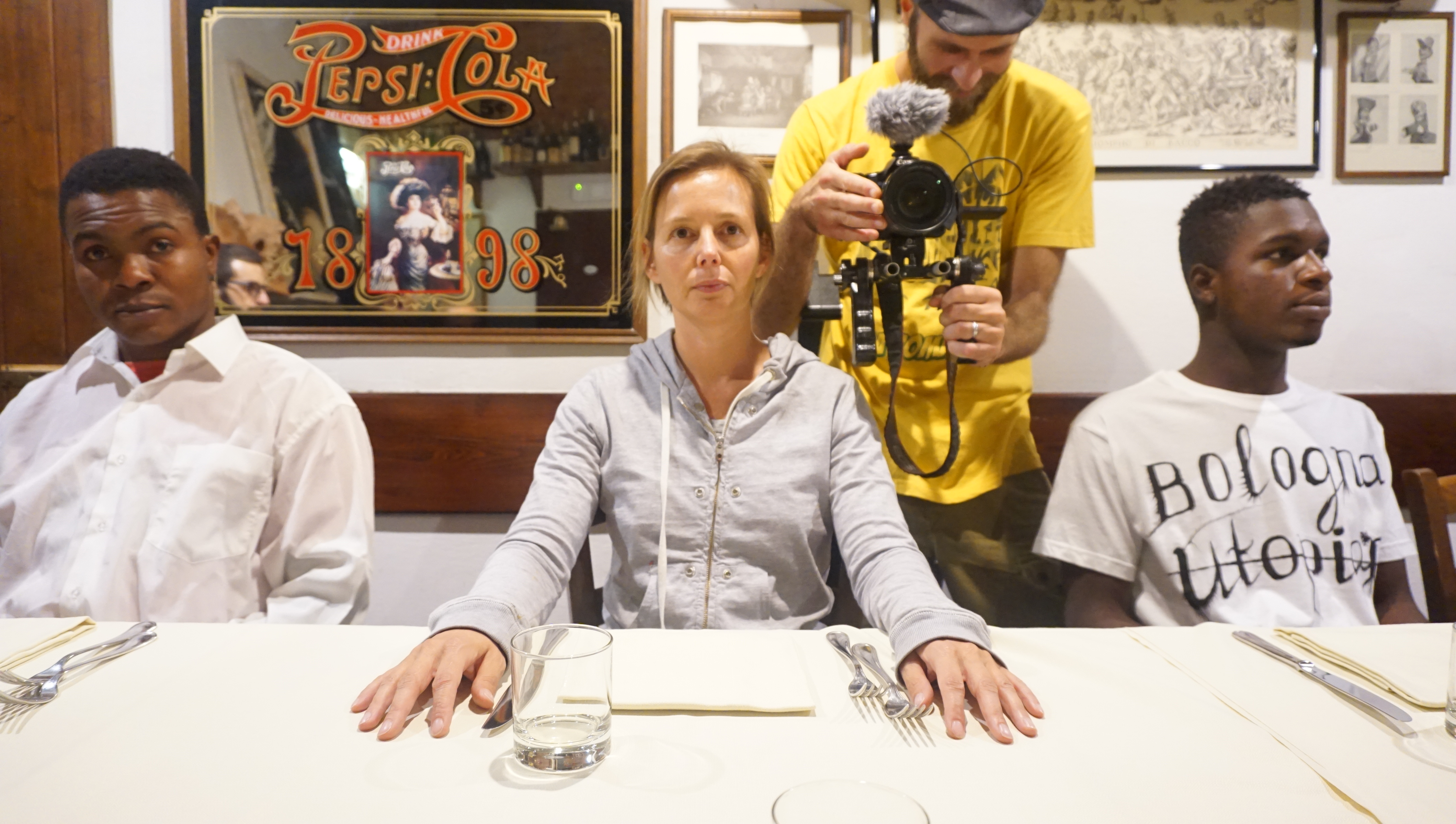