In the distance the lights of a multiplex. In the middle an undefined space. What is it? A car park or a battlefield where more forces collide?

With Marco Ceroni’s Late Night Show the gallery becomes an exploded landscape, where visitors get into relationship with objects and fragments of a distorted and manipulated reality. Outgrowths of something that might look familiar, but at the same time these everyday things propel us into another dimension while looking at them.

You feel the smell of exhaust fumes of a group of scooters rearing like horses as creating space trajectories. A night ride in the landscape through a narrative that plays with the irreverent and ironic dimension of a late night show, creating a short circuit between fiction and report. Hybridization is added to hybridization, without being able to reconstruct permanently the shattered image of a reality to come. Shreds of truth to recompose an imaginary landscape of a corresponding present, very different and would-be. A steppe that every time is filled and repopulated by different icons devouring the one with the other; a suspended installation, a golden horizon.

Marco Ceroni investigates urban space and rereads the landscape creating discontinuities, amplifying contradictions and composing other figures. He takes elements out of reality and reactivates them, trying to blow up their imaginative potential, often putting at stake his own presence with performative actions: body to stimulate reasoning, actions as sketches and preparatory drawings. 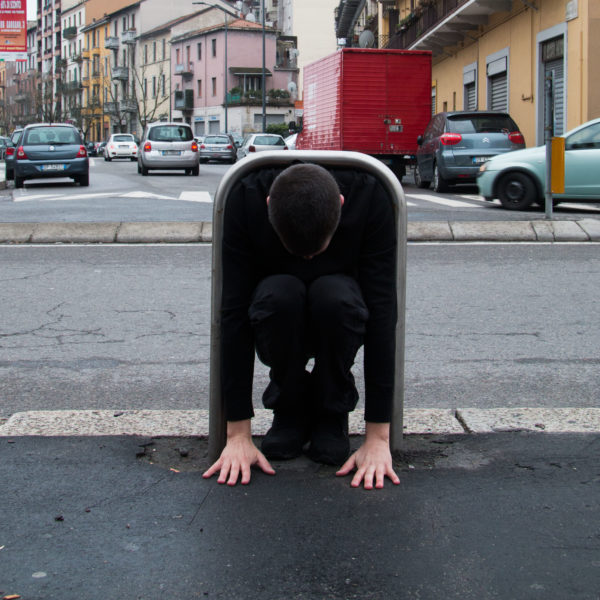