From Orient to North Africa, returning to Eastern Europe and until South America: different countries, even different continents, contribute to create “Made in Italy” products. Italian brands design and commission to other countries textiles, accessories, embroidery, clothing segments. After the production, they travel (backward) to the headquarters where they become final products. “Made in Italy”, therefore, means made in the world. Geography explodes. Languages meet. Each language conveys a different way to see reality, therefore to change language is equivalent to a perceptual gap.

Minimum puts in place, through the act of translation, different ways of codifying and regulating the worker. It focuses on language used in the laws about minimum wage in those countries that mostly contribute to the production of Italian textile sector. Language establishes categories, definitions; it quantifies the worker’s time and space, his/her duties, skills, level.

Through translation, a language exchange and a trip take place, where the minimum wage laws of eight of the countries that mostly contribute to produce the Made in Italy and the same Italian law are taken into consideration. The project focuses on the textile industry (fashion as production of objects and imaginary) for building a dialogue, through laws on minimum wages, among countries offering the brand (the imaginary) and countries providing packaging or manufacturing (either in whole or in part). An existing and at the same time continually changing dialogue, in the most obvious form as exchange of goods and business, but also strongly as exchange of views.

The artist’s research results in the exhibition with a series of new works – installations, sculptures and drawings – exchanging meaning between image and text, between idea and action, approaching themes of philosophical aesthetics. Minimum is also an artist’s book where translation is an encounter of differences. The book includes critical texts written by Franco Berardi Bifo, Silvana Borutti and Matthias Reichelt. 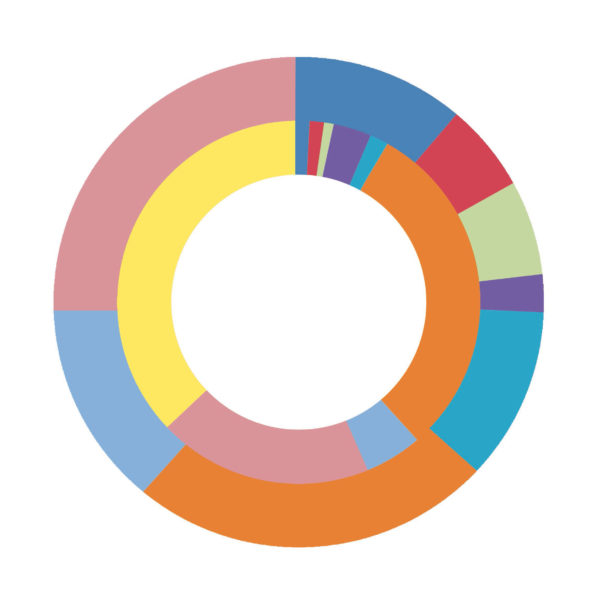