“You can see bunnies, you can see Hans Ulrich, but you can’t see the biosphere.”[1]

Since the beginning, humanity has shared the world with non-human entities: animals, objects, elements. And with conventions, beliefs, concepts, ideas. From the twentieth century onwards, even with systems, processes, and hyper-objects. Emilio Vavarella, whose work mixes artistic interdisciplinarity and theoretical research, starts from this realistic speculative assumption: he uses machines and software to pursue seemingly alternative goals (non-productive, poetic and dysfunctional) and stresses them to extrapolate unpredictable effects. The artist investigates and studies the effects, the decontextualization and the abuse of technology to reveal its hidden mechanisms.

Vavarella – currently pursuing a PhD in Film and Visual Studies and Critical Media Practice at Harvard University – presents at GALLLERIAPIÙ a set of transmedia processes, works in which the generating force of random errors, especially in computational and hypertechnological fields, undermines the common conception of (creative) consciousness and opens up post- and non-human aesthetic scenarios, beyond the anthropocentric perspective. In these representations, characterized by a narrative technique with hyperbolic deviations and speculative projections, the spectator is a secondary element and the authoriality of the work is blurred: the protagonist of the scene is an entity, openly correlated with other entities and regardless of human experience, according to an Object Oriented Ontology. Exhibited works are: Animal Cinema, the latest film by Vavarella, selected at the St. Louis International Film Festival; The Other Shape of Things, a new series of sculptures specifically produced for the gallery, and the robotic sound installation Do you like Cyber?.

RE-CAPTURE: Room(s) for Imperfection is an exhibition of incommensurable plausible paradoxes, generated by processes activated by the artist, but developed independently of human will. An opportunity to see how the relationship between living beings and the technological dimension allows unprecedented considerations of meaning. 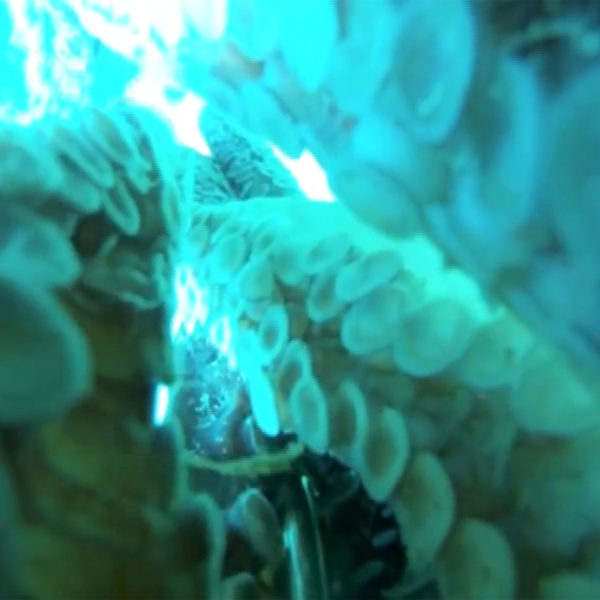