You know very well that we are exploiters. You know very well that we took the gold and the metals and then the oil of the ‘new continents’ and brought them back to the old mother countries. Not without excellent results: palaces, cathedrals, industrial capitals; and then whenever crisis threatened, the colonial markets were there to cushion or deflect it. Europe, stuffed with riches, granted de jure humanity to all its inhabitants: for us, a human being means ‘accomplice’, since we have all benefited from colonial exploitation.

Jean Paul Sartre, Preface to The Wretched of the Earth, by Frantz Fanon, Paris, Maspéro, 1961

How are we complicit with the past we inherited? How are we accomplices of the history of what we consume in the present? The tomato traveled from the Andes to Italy, to transform our experience of gastronomy; the potato saved Europe from famine, as did the corn.

The Lion’s Teeth And/Or The World Was Once Flat is Emilio Rojas’ first solo show in Italy. Developed over the past two years this exhibition includes stop motion animation, video, performance, sculpture, photography, text, and drawings. The center of the work is the decolonial and metaphorical study of dandelions as an invasive species. The research began with the collection of 15,000 dandelion heads, over half a million seeds that became the raw material for investigating the historical implications of colonialism through botany. The origin of the name of this plant endemic to Europe, comes from middle French dent de lion, literally “lion’s tooth” (a name given from its serrated leaves).

The dandelion as the central axis of the site-specific installation, interventions, and performances at GALLLERIAPIÙ, ties together botany (dandelions and tomato), anatomy (anatomical theater), geography (Ptolemy’s atlas printed in Bologna in 1477) and colonization (the figure of Christopher Columbus). Through the use of a plant commonly considered as a weed, Rojas establishes a reflection around the ways in which we can decolonize our bodies. Ralph Waldo Emerson once said, “What is a weed? A plant whose virtues have not yet been discovered.”

Emilio Rojas (ca.1985, Mexico City) is a multidisciplinary artist, working primarily with the body in performance, using film, video, photography, installation, public interventions and sculpture. Rojas utilizes his body in a political and critical way, as an instrument to unearth removed traumas, embodied forms of decolonization, migration and poetics of space. He has attended numerous residencies including the Banff Centre, Elsewhere Museum, the Surrey Art Gallery, the Botin Foundation, Hammock Residency, and Pirate Camp: Stateless Pavilion at the 54th Venice Biennale. His works have been exhibited in the US, Mexico, Canada, Japan, Austria, England, Greece, France, Germany, Italy, Spain and Australia. Besides his artistic practice, Emilio is also a translator, community activist, yoga teacher, and anti- oppression facilitator with queer, migrant and refugee youth.  He is currently pursuing an MFA in the performance department at the School of the Art Institute of Chicago (2017), where he was awarded the New Artist Society Scholarship. Rojas also collaborates with Mexican artist Adela Goldbard under the collective name El Coyote Cojo, a research-based, cross-disciplinary collective that magnifies areas of political tension in bi-national relationships through the creation of site-specific artistic projects attempting to visualize and juxtapose suppressed histories and occluded narratives – dismemberment, prosthetics, violence, nationhood, and crisis – within current socio-political issues. The first project of the collective, Phantom Limb, received the Shapiro EAGER Grant, and they recently opened their first solo show in Public Access Gallery in Chicago, as well as a commissioned performance at the Stony Island Art Bank a project space by the Rebuild Foundation, founded and led by artist Theaster Gates. Galeria Jose de la Fuente in Spain represents Rojas’ work. 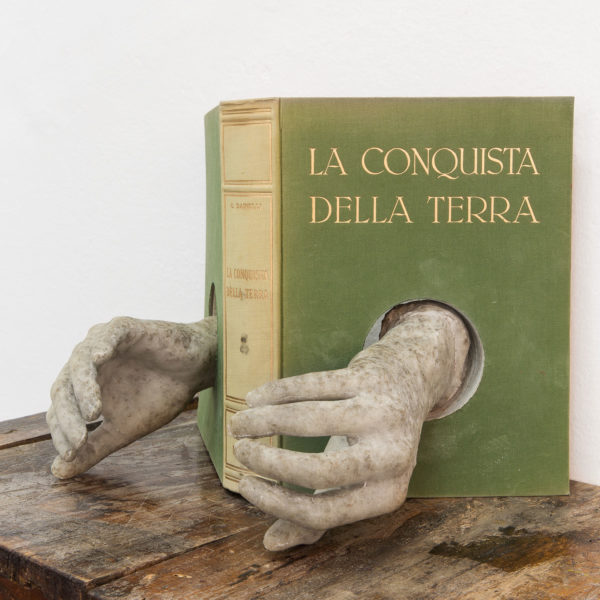