GALLLERIAPIÙ presents “Arrangements & Haze”, the second solo show at the gallery of Apparatus 22, art collective based in Bucharest and Brussels.

Apparatus 22 is a transdisciplinary art collective founded in January 2011 by current members Erika Olea, Maria Farcas, Dragos Olea together with Ioana Nemes (1979 – 2011) in Bucharest, Romania. Beginning with 2015 they are working between Brussels and Bucharest. They see themselves as a collective of dreamers, researchers, poetic activists and (failed) futurologists interested in exploring the intricate relationships between economy, politics, gender studies, social movements, religion and fashion in order to understand contemporary society. A recent topic of research and reflection in the practice of Apparatus 22 is SUPRAINFINIT universe: a world-making attempt to use hope critically in navigating present and future. In their very diverse works – installations, performances, text based-shapes, reality is mixed with fiction and storytelling and all merge with a critical approach drawing knowledge & experience from design, sociology, literature and economics. While the majority of the works produced in 2017-2018 are shown first time, a selection of them were previously presented in two forward-thinking exhibitions about the body and the future of labor “Work it, feel it” – Vienna Biennial, KUNSTHALLE WIEN, Vienna, Austria (curator: Anne Faucheret, Associate Curator: Eva Meran | June 21 – September 10, 2017) and about queer topics “Fremdkörper. Non-Normative Body and Voice Mapping” at BOZAR Centre for Fine Arts, Brussels, Belgium (Co—curated by Romuald Demidenko and Hélène Jacques in collaboration with KASK Curatorial Studies, School of Arts in Gent | June 19 – August 20, 2018). 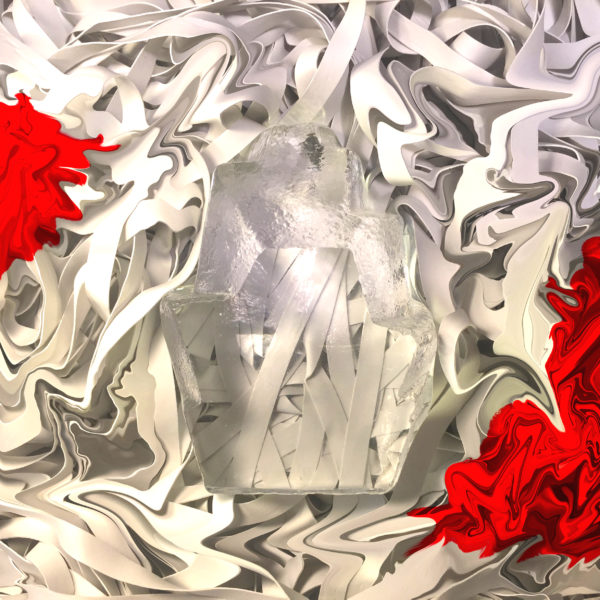