As a submarine explores the massive worlds lingering below the surface of the water, the work of Ann Hirsch explores the forces lingering beneath the conscious mind. In the new drawings and videos of Submarine Society, her first solo exhibition in Italy, the artist explores notions of sexuality that lay dormant in the subconscious until they are revealed as leakages into dreams, sex, and pornography.

Submarine Society opens with the colored-pencil-on-paper drawings of the artist’s recent Iceberg series. Inspired by Freud’s famous quote, “The mind is like an iceberg, it floats with one-seventh of its bulk above water,” Hirsch employs the form of an iceberg as a formal motif extending between each drawing. What changes is the array of surreal, cartoon-like scenes populating the bulk of the iceberg that lies below water. In each work, the viewer is presented at once both comical and disturbing imagery representing the artist’s unconscious anxieties and desires.

In GALLLERIAPIÙ’s two rear galleries, Hirsch presents her new Cuts video series. Each video is the result of hours of research into various categories of contemporary internet pornography such as “teen” or “anal.” Hirsch pinpointed trends she found illuminating within each category, compiled clips from these trends into “supercuts,” and then applied a new soundtrack in order to tug out the layers of meaning she found. Just as the unconscious—the bulk of the mind’s contents—remains obscured to the subject, pornography—a huge percentage of internet traffic—also remains largely invisible in mainstream culture, or even the art world. Rather than seeking to shock or titillate, Hirsch’s work with this material performs a critical examination, seeking to understand the deeper messages about human sexuality (or even broader social issues) that these crude forms often unintentionally bring to light.

Ultimately, these two bodies of work in Submarine Society continue the artist’s often darkly humorous and achingly sincere interest sexuality, psychology, and the impact of both on society. 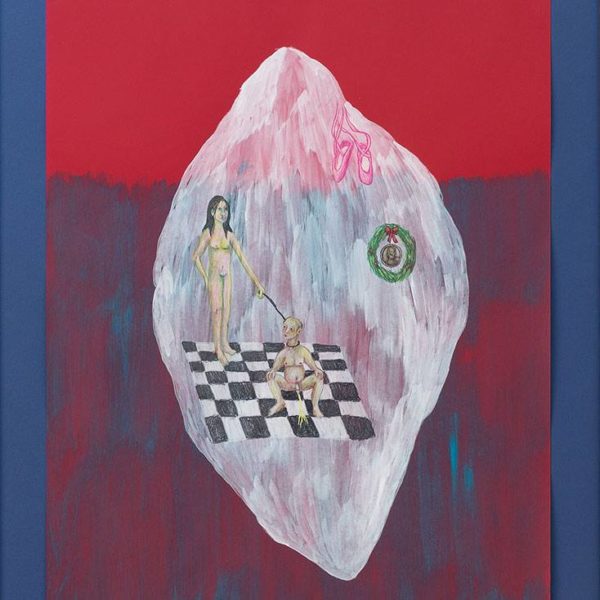