If one day we, in our cities, find ourselves without electricity and without running water even for a few days, would we be able to procure what we need to survive?

Corvino’s project is a tribute to the sun to its generative power, it will accompany the gallery’s summer season until September. The sun, the moon, the stars and the whole of nature are the subjects of the artist’s visions that draw on the book of Bushman Fables from the great oral tradition of a people who have made survival a perfect art.

Referring to the typical rock painting of the ancient South African people, Andrea Corvino aka LoL 63 creates a large mural for GALLLERIAPIÙ, visible from the gallery window, which tells the legend of the planet’s origin in an epic key. The story of the Sun’s armpit is a myth of the Bushmen who wants to explain how the world originated, what functions are assigned to the stars and what the role of atmospheric agents is. The mural work celebrates in a simple and understandable lexicon, at times even ironic, facts belonging to past history, but also to the popular saga, to the oral story and to the collective memory of a population who continues to celebrate its traditions and nature. Designed to tell an ancient fairy tale, it makes us reflect on a pressing arguments such as the energy crisis but also the exploitation of natural resources.

Two new works on canvas, a luminous work and a carpet see Corvino’s conscious visions sliding between the supports, shifting the typical urban attitude of LOL 63 to an “object” dimension where the reference to graphic design is always marked.

Andrea Marco Corvino is a Bolognese writer, he spent part of his childhood in South Africa where he was strongly influenced by the local culture. Recurring figures in his works are stylized animals, plants and people belonging to various ethnic groups. His alter ego LOL63 (name inspired by the term Laughing Out Loud) fully represents his playful and colorful personality. Often the artist masks the main meaning of his murals behind the shapes, colors and writings to make the whole theme not understandable at first sight so that the user of the work can stop and invent his own interpretation. 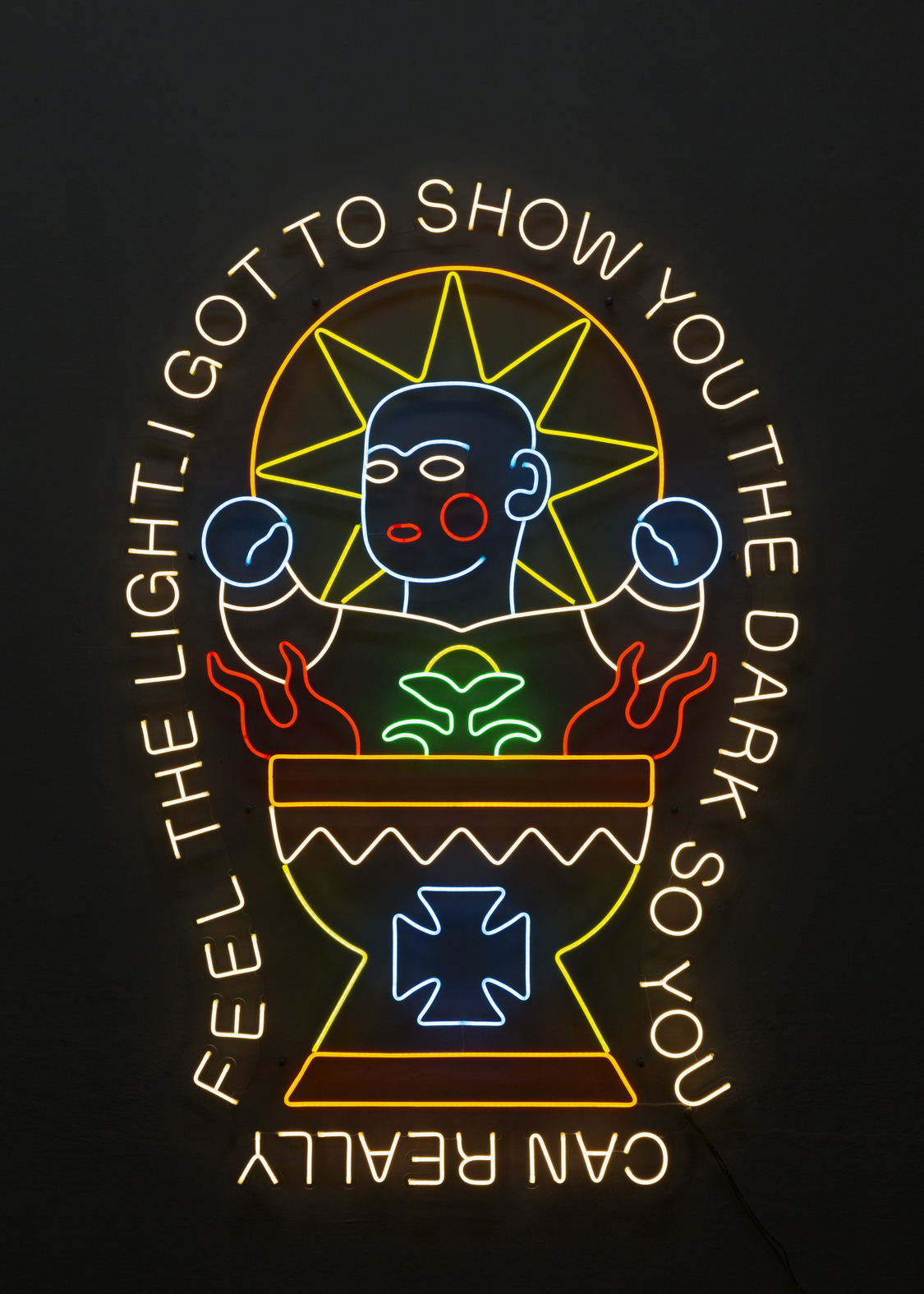 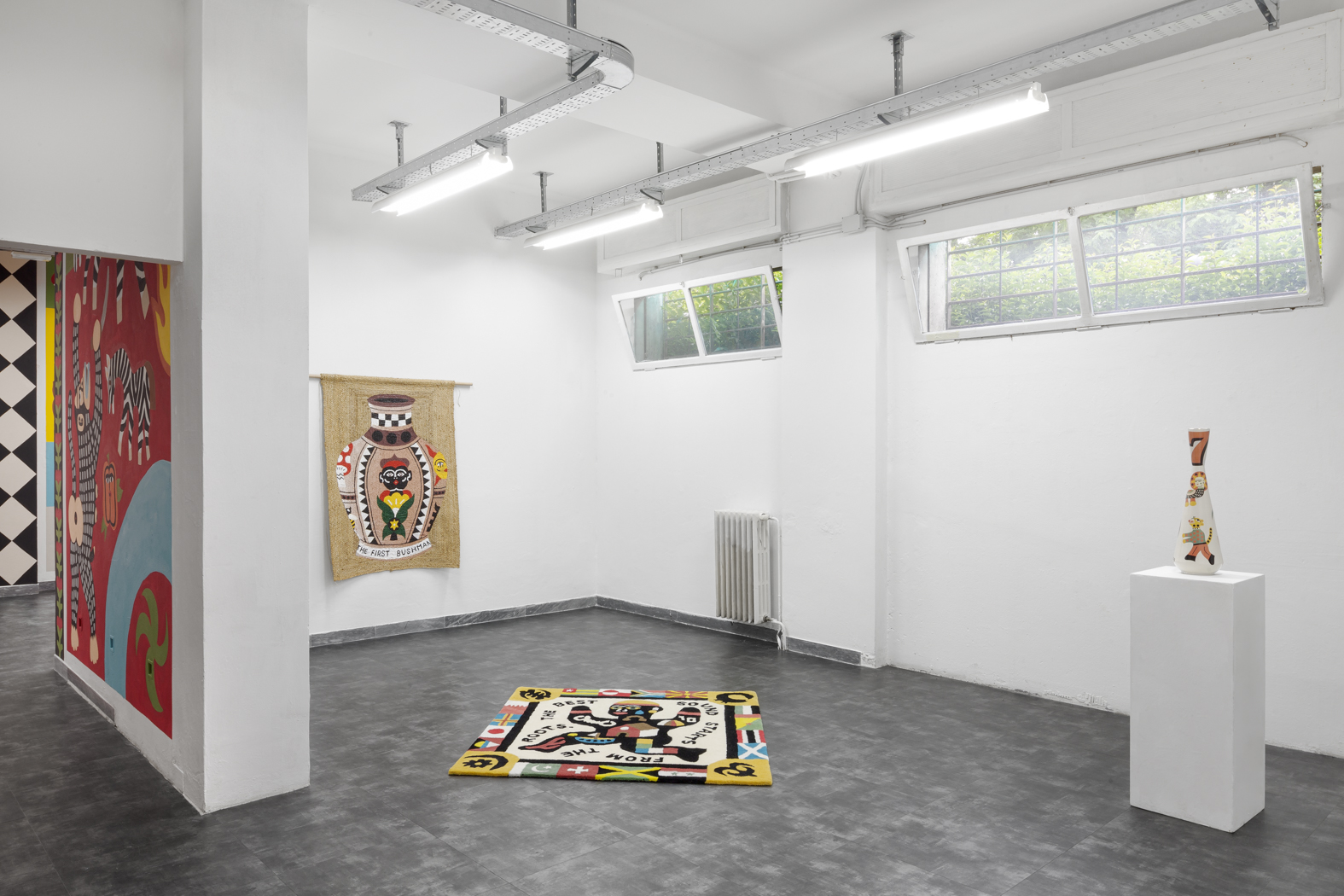 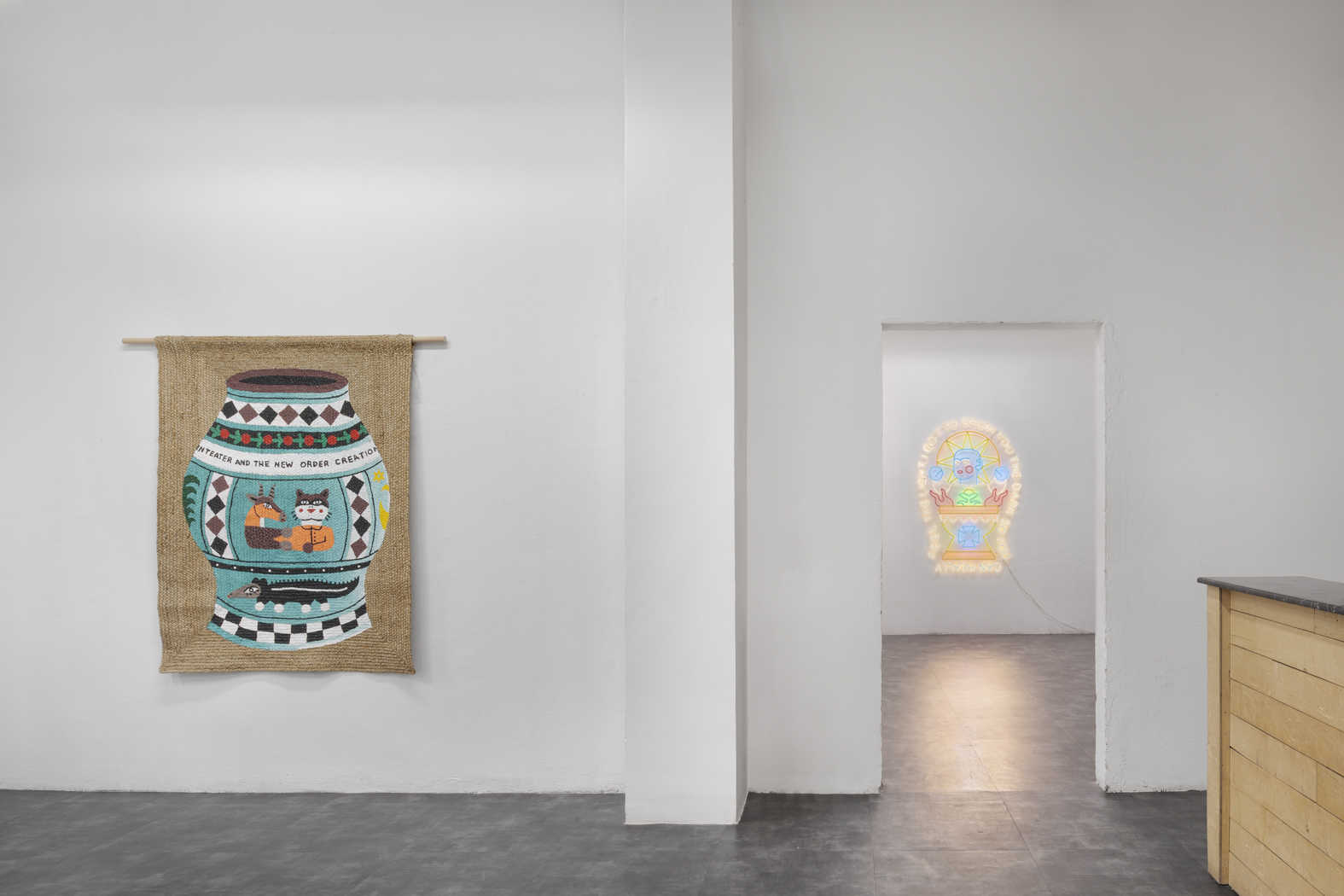 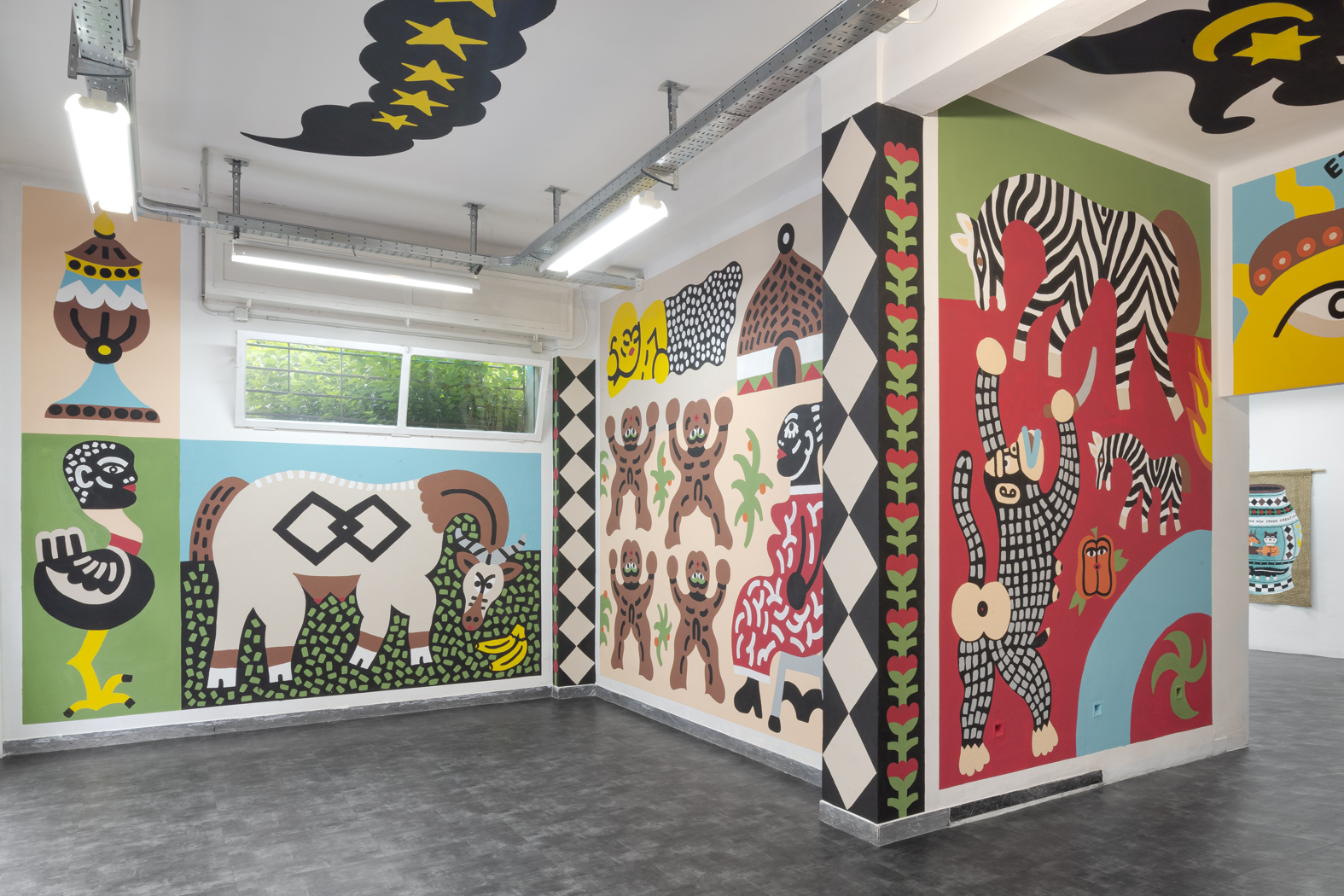 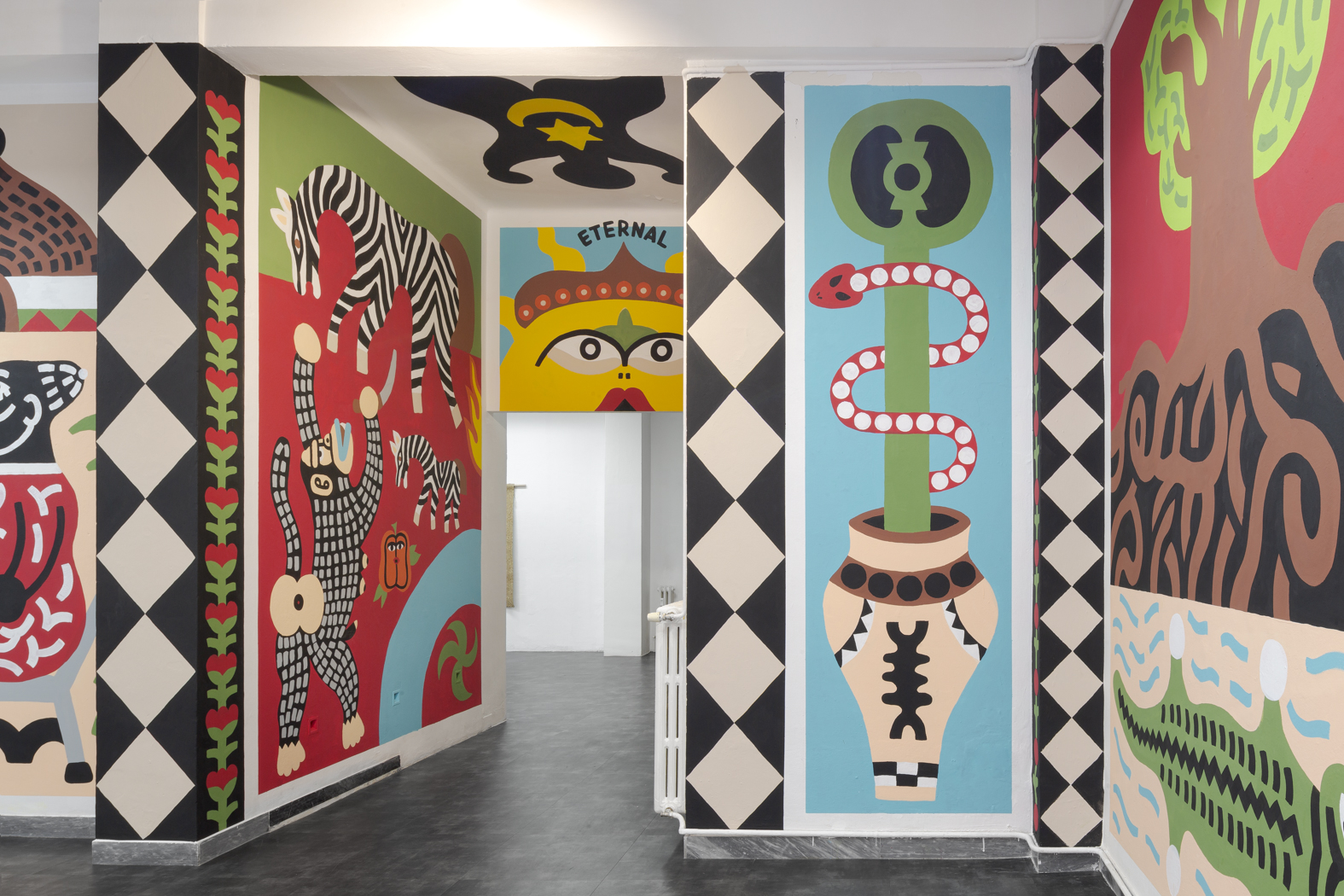 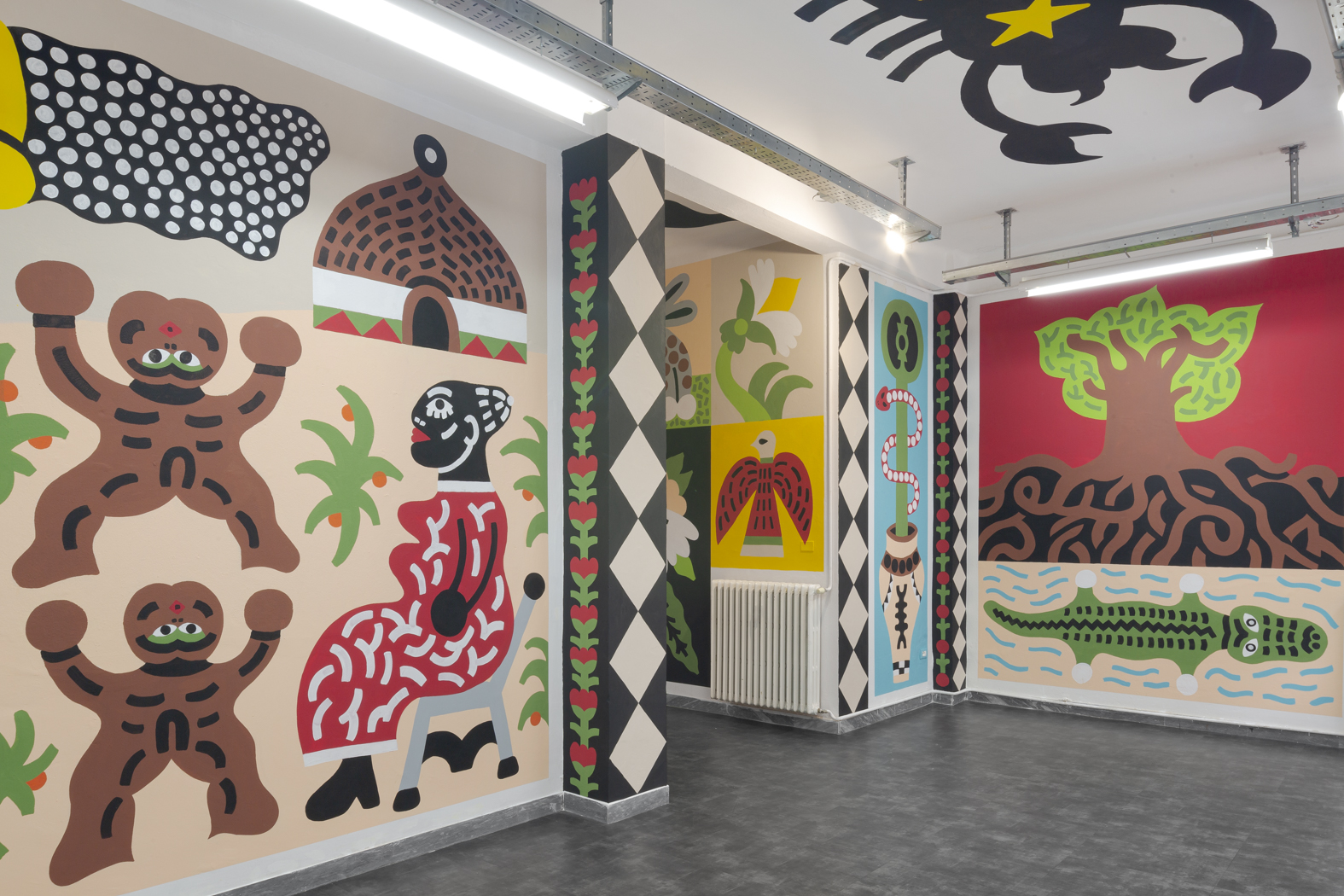 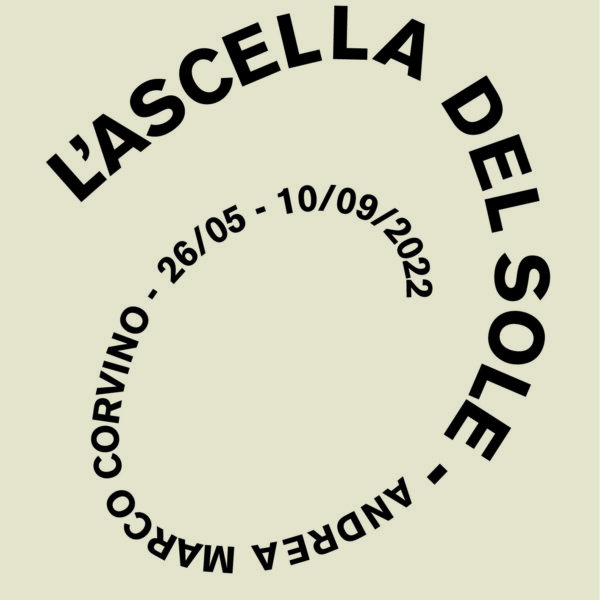