posted on March 1st 2019 in current with 0 Comments 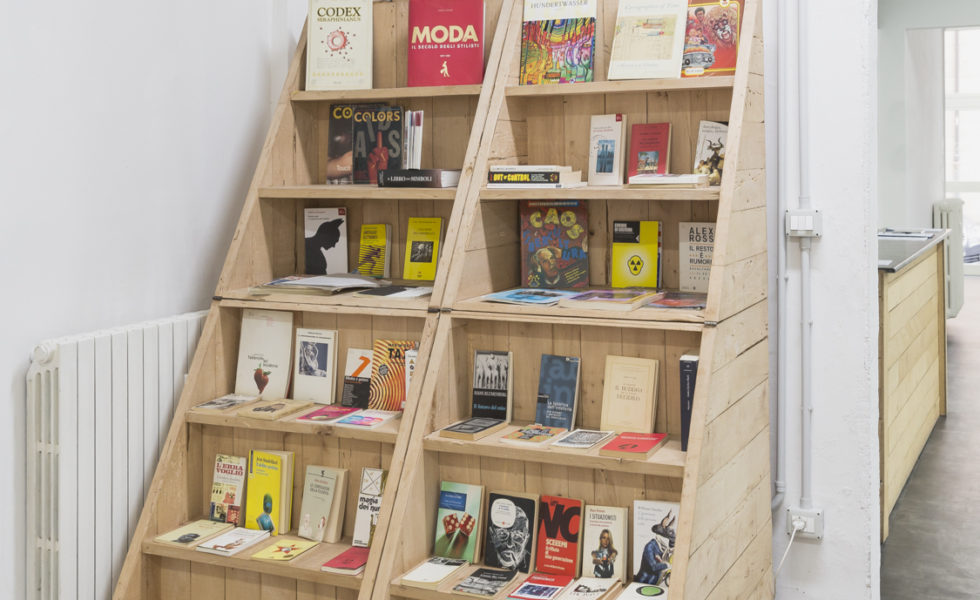 My Own Library is a projects that aims to share a story through a private collection of books, catalogues and magazines.
GALLLERIAPIU’s library invites some guests to offer their own portrait choosing some specific books and placing them according to an intimate and personal point of view.
This is a new way of telling a story to the audience that is free to consult the books at his disposal. 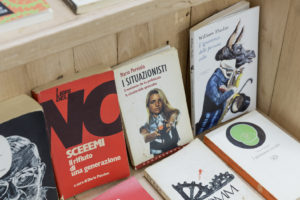 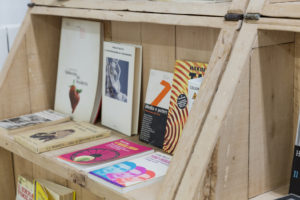 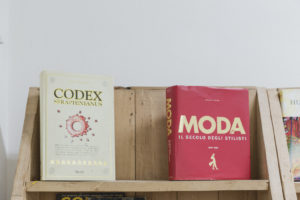 09 > 12.2018
Marco Magagnoli (il Mago)
was born in Bologna in 1972. Observer, wastrel, mystic charlatan, he published essays for Target and Feltrinelli; he collaborates with the Canadian magazine Adbuster.
For several years, he organized events and performances in the most suggestive places of Bologna.

02.2019 > 07.2019
Federico Palazzoli
Free thinker and art collector, Federico was able to chose books, magazines, comics, vinyls, rare editions as artworks, according to the same intellectual freedom that helped him to arrange the ‘Library’ for Gallleriapiù.
His love for books, as his contemporary art collection, starts from his years working at Studio Pesci and his prestigious collaborations with Museums, Events and Contemporary art prizes and Foundations.

09.2019 > 12.2019
Jacopo Mittino
52-Hearts Whale is the pseudonym of Jacopo Mittino (1994), sound designer e performer based in Bologna. After his studies in anthropology, he attended the conservatory focusing on electronic music. He presents a selection of books and vinyls of his private collection giving a glimpse of his background and education ( insitutional and more).

Alessandro Brighetti
Born in Bologna, his family is mainly composed by doctors, from whom he learns the scientific method. Not following the doctor career, in 2008 he started his studies at Accademia di Belle Arti di Bologna, Painting section. From that moment, he moves to the third dimension. His cultural background affects his sculptures, claiming its own space. Concerning his practice, he often collaborates with experts, such as chemists, physicists, engineers. In 2017 he creates RAID, the accidental, fortuitous, lucky apolyd format of contemporary arts.

Veronica Santi
Also known as La Santissima. She suffered from dyslexia until the age of 8, then she became a Writer. At the age of 33 she started filming documentaries on politics, gender and social themes studied through the interpretation of contemporary authors. In 2014 she founded Off Site Art. She writes for several magazines, among them Artforum, Domus and Artribune. She created RAID format: its aim is to overcome the limits of contemporary art critics through live-cinema: a bungee jumping from the system of art’s ivory tower.