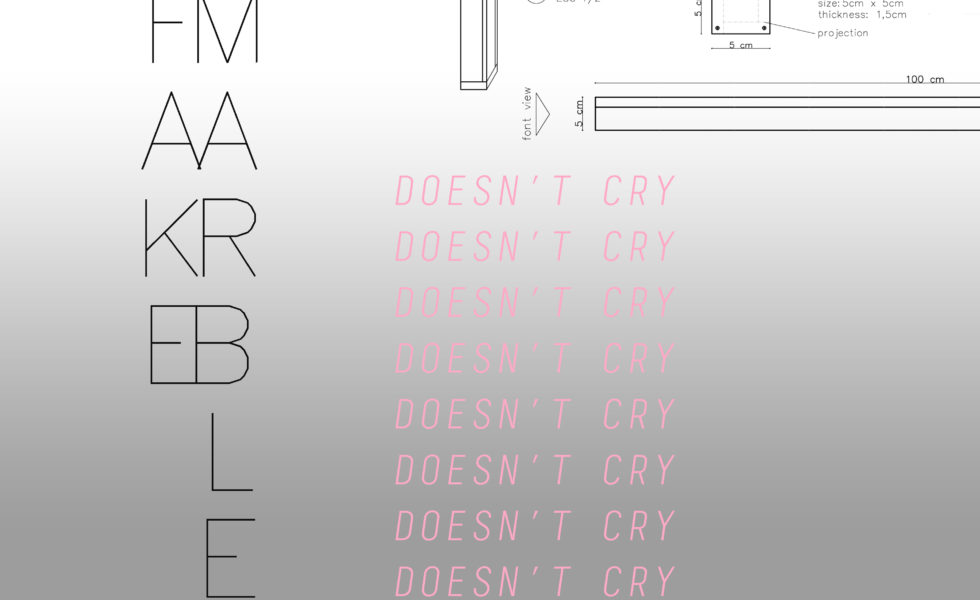 Fake marble does not cry is an exhibition project and at the same time flight of fancy linking two historical and architectural moments far from each other. Romanesque architecture and sculpture and contemporary models of home furniture converge on a series of coincidences, not on stylistic-formal aspects but more on theoretical-structural perspective: these shared feature bring us to a reflection on the total living‘s renotopic dimension. In fact, our houses are today an oasis where utopia is living. They become places where to express our desire of changing, as IKEA catalogue declares.

The proposed analysis of the narrative and exhibition space is elaborated in the research of the artists Furlani-Gobbi and Matteo Cremonesi transforming the GALLLERIAPIÙ’s spaces into worlds of variable content, interconnected landscapes in which everything that belongs to our daily life develops and moves according to labels and definitions produced by the brands. Mise en scène of an appeal’s capital, sensual and apparently neutral (or total white).

For this occasion, Furlani-Gobbi duo continues to reflect on the display, started during the last project exhibited at Parco Arte Vivente (Turin) for the Teatrum Botanicum festival. The artists, whose research focuses on the relationship between exploration, domination and nature, proceed to build their own personal collection, the “Sammlung”. Markedly heterogeneous because enriched by each project, it is self-organized thanks to the authors and audience’s sight. In Fake marble doesn’t cry, the formal aesthetics implemented by well-known brands, has to coexist with the solid and immobile figure of a stylophoric lion, a symbolic element sustaining walls of the Romanesque church.
The value of display created by Furlani-Gobbi becomes functional to the narrative that incorporates, in a single way, installations, videos and textiles. The radical nature of works is contained in their way of being so close to design objects, usable and available.

Matteo Cremonesi’s works complete the narrative path started by Furlani-Gobbi,  putting in contact the mediaval visual frame to the contemporary one. The photographs and the photographic combinations presented by the artist outline the aesthetic forms of objects and products that claim their own sensuality and a need for marked social attention, a status symbol. The apparently delicate and melancholic forms of a photocopier enclose the “logo” of a return to an almost analytical aesthetic. When in the same frame this last image joins medieval and Romanesque architecture, the common structural dimension becomes explicit.

Fake marble doesn’t cry will be accompanied by insights, talks and presentations of publications that will take place in May and June.

Marco Furlani (Trento, 1983) and Jonathan Gobbi (Piacenza, 1983) studied at Accademia di Belle arti di Bologna and they collaborate since several years.  They participated to together to: Teatrum Botanicum 2018, PAV (Torino); Situation #27 Vanishing, Fotomuseum Winterthur (Svizzera); ISEA 2015, Zayed University (Emirati Arabi); My Ideal City, IUAV (Venezia).  They have been guests at VIR-ViaFarini InResidence 2017 (Milano) and they will be part of the residency program 2019 of Cripta747 (Torino). 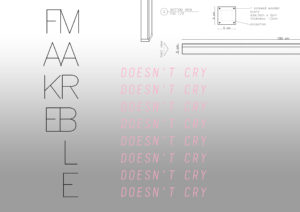