Emilio Vavarella’s Animal Cinema is a film composed of fragments of videos of animals operating cameras. All cameras were stolen by animals who acted autonomously. These video materials, downloaded from YouTube between 2012 and 2017, have been reorganized in Animal Cinema as a constant unfolding of non-human modes of being. Animal Cinema continues Emilio Vavarella’s investigation of non-anthropocentric visual intensities: a new regime of images seems to be emerging in the tension between ideas of sensorial contact, encounter, and closeness, and the presence of the unthought, the unsummonable, the inexplicable and the undecidable. “Perhaps,” wrote Gilles Deleuze and Felix Guattari in the early 1990s,​ ”art begins with the animal.” 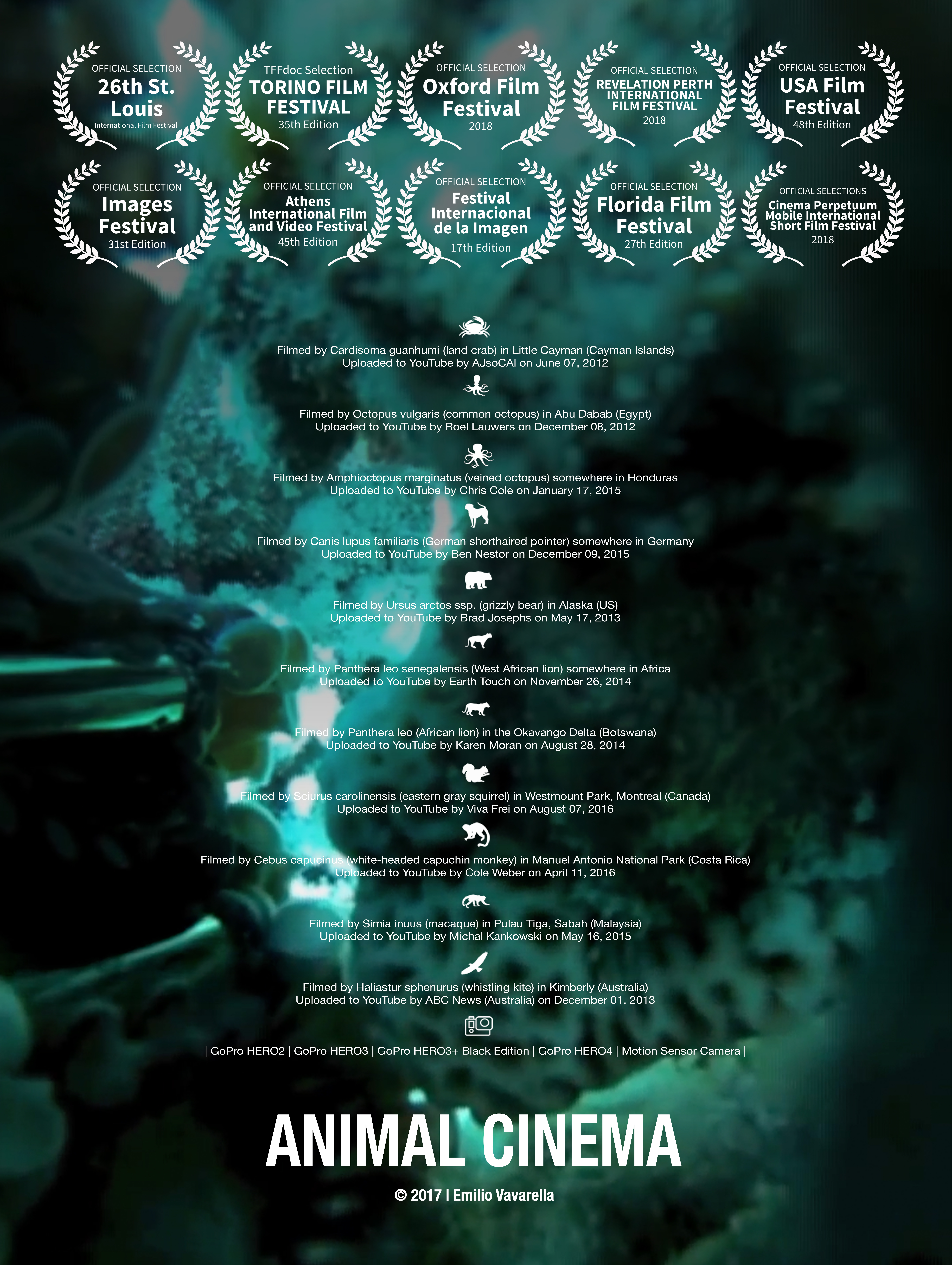