in collaboration with Art Factory International

MDA – Manifattura delle Arti Association continues and broadens its cross-cutting research in the field of contemporary art in collaboration with Art Factory International, the artist residency program from which Sarah Friedland’s CROWDS project was born. The collaboration with AFI becomes an incentive for further opening to new languages: the square of the arts district will be the center of the performative experience.

CROWDS is an investigation of the politicized choreography of crowd typologies and the slippages between them. During the performance, 25 dancers in dialogue with the space fluctuate between 13 different crowd types.

How do we distinguish between the mob and the mosh pit? Much like a flock of birds, swarms of movements will invade the space creating confusion and distortion: the stillness of the bodies will be activated by vibrating movements and the standstill of the architecture will be moved by the set of bodies creating a CROWDS effect: crowd as spatial activator, as elimination of borders. The crowd is always teetering between the ecstasy of inclusion and the agony of exclusion; the oppression of control and power and the liberties of freedom. This live performance of CROWDS is part of an ongoing dance and film project between Sarah Friedland and Art Factory International.

Sarah Friedland is a filmmaker and choreographer working at the intersection of moving images and moving bodies. Her films have screened in festivals including New Directors/New Films (MoMA), New Orleans Film Festival, Cucalorus Festival, Anthology Film Archives, at dozens of screendance festivals internationally and have been featured on PBS’ Channel Thirteen and on Vimeo as a “Music Video We Love.” Her choreography has been presented in dance spaces across NYC, including Dixon Place, WestFest Dance at Martha Graham Studio, Triskelion Arts, and Brooklyn Arts Exchange. Her work has been supported by grants and residencies including the Dance Films Association, The Bellwether, Rhode Island State Council of the Arts/NEA, and Berlinale Talents where she was one of 10 selected screenwriter/directors for the 2017 Script Station/Project Lab. Sarah graduated from Brown University’s department of Modern Culture and Media and started her career assisting filmmakers including Steve McQueen, Mike S. Ryan, Kelly Reichardt, and the team behind HBO’s GIRLS. Sarah has worked on collaborative research and writing projects with media theorists Wendy Chun on slut-shaming and new media leaks, published in differences|journal of feminist cultural studies, with Erin Brannigan on the dancing body on film, and published an essay in the International Journal of Screendance on gesture and film genre.

Art Factory International is a contemporary dance program lasting eight months, gathering artists from all over the world and creates a diverse, multicultural group each year. The platform offers a knowledge-intensive training in different disciplines, providing each participant the opportunity to challenge themselves with daily lessons of classical and contemporary dance, choreographic composition and improvisation, but also hosting choreographers and artist from the international dance scene for residencies and workshops. A.F.I. is located in Bologna, Italy and plays an important role by promoting culture and interacting with the city. 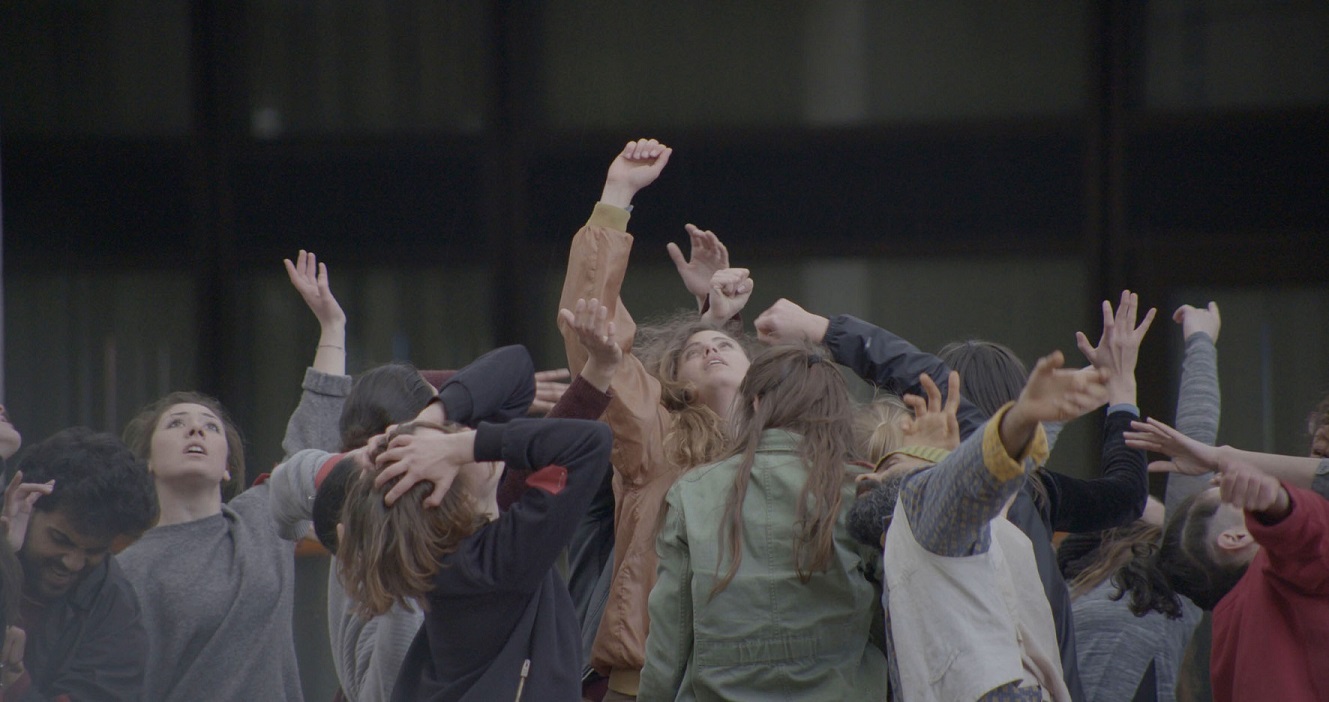